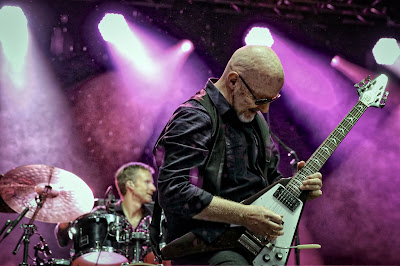 In the ramp-up to Wishbone Ash’s 50th anniversary, the band is celebrating its 49th year in characteristic fashion: with an extended tour. Dubbed XLIX (49 in Roman numerals), the tour began in October 2018 in the UK, followed by early-2019 dates in Europe and Japan. This spring, XLIX arrives on these shores. 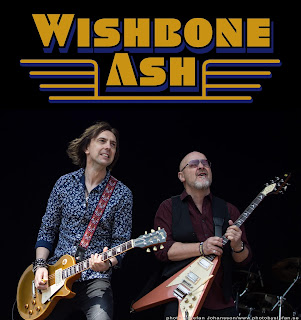 Longtime fans and new converts alike will revel in the group’s signature twin-guitar mastery and powerhouse rhythm section as they present classics spanning their career.
The US leg of the XLIX Tour will revisit some of the band’s favorite venues as well as new ones from the Eastern seaboard to the Rocky Mountains.
Formed in 1969 in London, England, Wishbone Ash is one of the most influential guitar bands in the history of rock. True road warriors, each year they log around 30,000 miles, roughly equivalent to circumnavigating the earth.
By 1969, The Beatles, the blues boom and psychedelia had made their impact on classic rock, and the creative possibilities were infinite. Pioneering the use of twin lead guitars, Wishbone Ash jumped on board the burgeoning progressive rock scene. Taking full advantage of the fertile musical environment, they produced a distinctive brand of melodic rock.
Inspired equally by British folk traditions, American jazz and R&B, the group played to public and critical acclaim. Power and melody have made the Ash a hard act to follow, while they are currently being discovered by new generations of loyal rock fans. 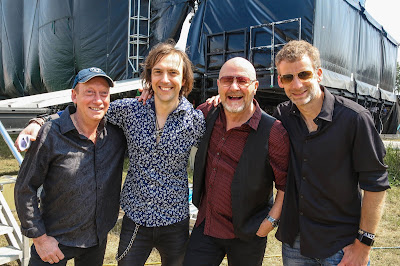 The quintessential road band, Wishbone Ash has gained worldwide recognition based firmly on a regime of relentless touring.
Wishbone Ash has to its credit 24 original studio recordings, 11 live albums and five live DVDs along with a DVD rockumentary (“This is Wishbone Ash”). Released April 2018, “The Vintage Years” 30-disc box set, three-and-a-half years in the making, is a special collection dedicated to the band’s output from 1970 to 1991, including all 16 studio albums, three live albums, eight previously unreleased live shows from 1973 to 1980, a 156-page coffee-table hardcover book and an assortment of memorabilia. 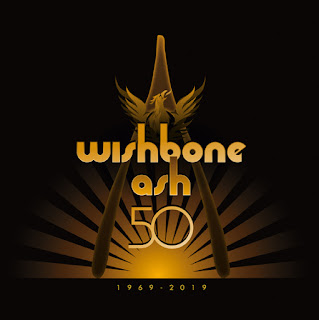 Also available is the fifth Roadworks CD, “Live in Sacramento,” recorded on the 2018 North American tour; and the first official re-releases in decades of “Twin Barrels Burning” from 1982 and “Raw to the Bone” from 1985.
In 2015, Powell released his musical memoir, “Eyes Wide Open: True Tales of a Wishbone Ash Warrior,” co-written with renowned Irish music journalist Colin Harper and available in Kindle and Apple iBook formats.
There is no other rock band in history that has done more with the twin guitar concept than Wishbone Ash. Be sure to catch them on the XLIX US Tour in April-May 2019 and stay tuned for the 50th anniversary tour in 2020! 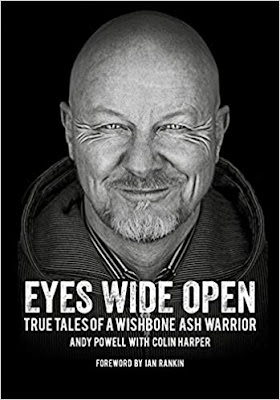 
BY ANDY POWELL
WITH COLIN HARPER 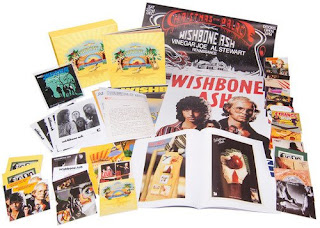