on INTERVIEWING THE LEGENDS: 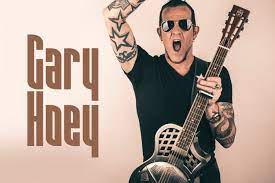 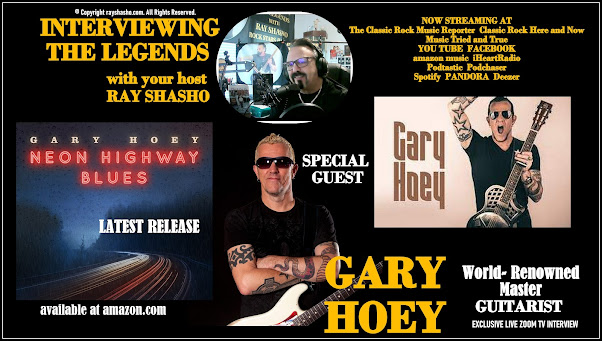 With a collection of over 21 albums, it’s no wonder Gary Hoey is listed as one of the top 100 guitarists of all time.  The world-renowned rock guitarist’s first break came in 1987 when Ozzy Osbourne liked Hoey’s tape enough to fly him to LA for an audition and encouraging him to move to the West Coast. In 1990 Hoey was signed to Reprise Records with a short-lived band called Heavy Bones but followed up in 1993 with a solo album and Gary’s cover of “Hocus Pocus” rocketed into the Billboard’s Top 5 Rock Tracks. 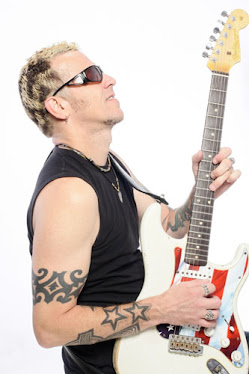 He went on to score the successful “Endless Summer II” soundtrack for New Line Cinema and in 1995 started a trilogy of “Ho!Ho! Hoey,” a collection of instrumental Christmas classics that continues each year in his Rockin Holiday shows.  And in 2013’s “Deja Blues” he came home to the blues.  Gary’s release in 2016, “Dust & Bones,” displayed an exuberant fusion of blues and rock. But whatever style he plays, one thing is certain, Gary Hoey is a fiery, charismatic player who connects with the crowd.Whether he’s playing scorching originals or classic rock covers, his solos are thrilling and reminiscent of Clapton or Stevie Ray in their fiery youth. One thing that remains consistent is Hoey’s impassioned command of the guitar. He can attack his instrument with feral intensity and then play something very soft and achingly beautiful. This ability to mix feeling, phrasing, technique, and tone is the true mark of a master guitarist. 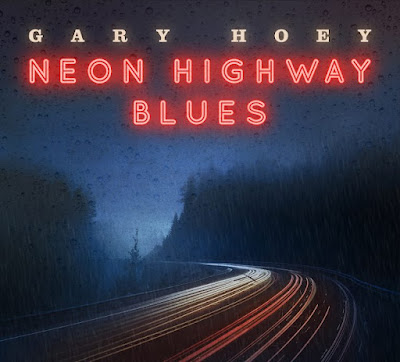 NEON HIGHWAY BLUES on Provogue Records. Starting with 2013's DEJA BLUES and continuing with 2016's DUST & BONES, Hoey has tapped into his early musical influences and applied his own feral skills to take the format in a unique direction. He stays in the same lane on his latest endeavor, NEON HIGHWAY BLUES, steering its 11 tracks with the confidence and assuredness of a veteran and the freshness of someone who's still in the process of discovery and refinement -- with the help of famous friends such as Eric Gales, Lance Lopez, Josh Smith and Hoey's 17-year-old son Ian. "I really wanted to make sure this album had a lot of blues on it," says Hoey, who self-produced NEON HIGHWAY BLUES and recorded it at his home studio in New Hampshire. "It's funny because sometimes you can set out to do a blues record and halfway through you realize there's not actually that many blues songs. So I keep sticking to the blues and tried to get that to be a strong part of this record -- and still put some other songs there that the die-hard, long-time fans would like, some instrumentals and some rockin' stuff. There's definitely a variety here." Hoey is confident listeners will hear growth and stretches throughout NEON HIGHWAY BLUES. This album will take Hoey back on the highways and byways for plenty of touring and playing, well, the blues -- and more. 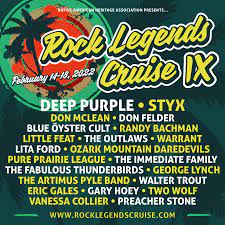 The OfFicial Album of the Disneyland Resort (2005) (California Screamin' [2001], with George Wilkins) 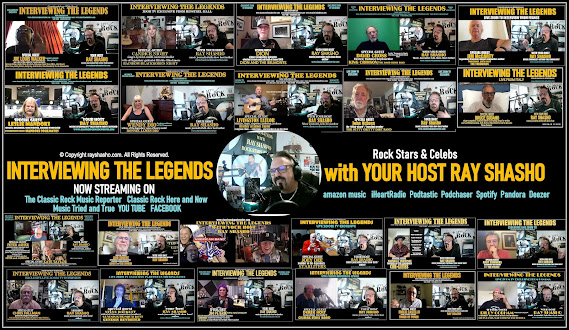 MORE BOOKS BY RAY SHASHO
Posted by THE RAY SHASHO SHOW at 9:29 PM No comments: