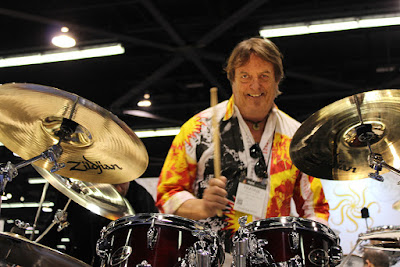 During the course of 40+ years, while continuing to record, perform and tour the world with The Tubes (15 albums and world tours) Prairie Prince performed and recorded with many of his heroes and fellow artists alike, and fulfilled many desires to execute various drum techniques in a wide variety of musical styles. In the early 70’s Prairie worked with legendary pianist, Nicky Hopkins, recording two albums with musicians such as George Harrison, Mick Taylor, Ron Wood, Ray Cooper and Klaus Voormann, among others. Prince started the band Journey with Neal Schon and Gregg Rollie shortly after and recorded the demos that got them their first contract. Prince opted not to join the band on a permanent basis for his dedication in The Tubes. After session work with Tommy Bolin, Brewer and Shipley and others in the 70’s, the 80s’ brought work with Chris Isaak and he played drums on his first four albums. 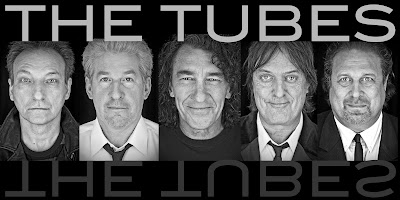 Prince was honored to record with Brian Eno and David Byrne on the innovative album “My Life in a Bush of Ghosts” in the early 80s. Prince worked extensively with Todd Rundgren recording 7 albums and touring the world with him several times. He played drums on XTC’s “Skylarking” LP in the mid-80s, then again on their 2 CDs “Apple-Venus Vol I” & “WaspStar Vol 2” which was released in 2000. Also, in the 80’s Prince recorded with Glen Frey, David Pack, three albums for Richard Marx and taped a Showtime Special with John Fogerty. The 90’s brought live performances with Tom Waits. Prairie was the drummer on legendary “King of the Surf Guitar” Dick Dale’s 3 CDs. Then Prince became the full-time drummer for the re-formed “Jefferson Starship” featuring original members Paul Kantner, Marty Balin, Jack Casady and Papa John Creach. After 4 CDs and several world tours he bowed out as their full-time drummer in 1998 but continued to perform as their international gig drummer. 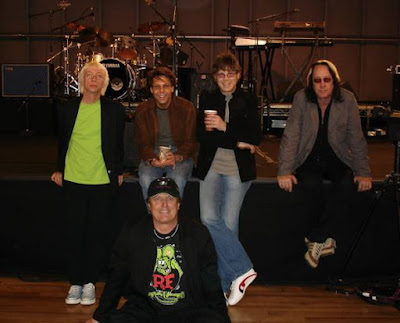 Prince continues to perform and tour with The Tubes and Todd Rundgren.

VISUAL ART
Visual Art has always been a huge component In Prairie’s life. He’s painted murals, designed stage sets and have a thriving business creating custom finishes on drums, guitars, motorcycles and vehicles.
Early in his career he teamed up with Michael Cotten (former Tubes member) to create Cotten/Prince, an artistic design partnership. They combined their art expertise and worked with The Tubes choreographer Kenny Ortega (Dirty Dancing, High School Musical) to collaborate as the artistic team responsible for devising the production design and theatrical staging for The Tubes live shows and videos. They also designed the album covers and graphic design for the band. 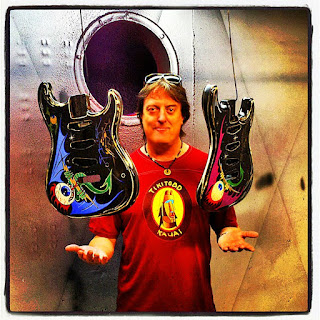 They also came up with a style and air-brush technique which allowed us to design and paint some of the world’s largest murals.
One of their most famous murals was the “Flying Records” on the exterior of the A&M Records building in Hollywood, Ca. The mural’s demise was mourned by many in the music community, Jerry Moss, founder of A & M Records. The destruction of the mural was documented in a 2012 NPR interview.
Other iconic murals include “Crashing Waves” on San Francisco’s Cliff House and the interior of The Chemical Bank of New York at Rockefeller Center in New York City.
Their artistic vision and ability to produce innovative and artistic projects led to working for the world’s top live performers, high-end retailers and companies around the world. 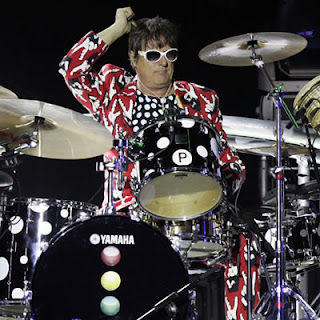 Working with longtime collaborator Kenny Ortega they created set and stage design for some of the world’s biggest musical touring acts (Michael Jackson, Shania Twain, Bonnie Raitt, Gloria Estefan, Bette Midler, The Tubes and Todd Rundgren).
They also collaborated on the Closing Ceremonies of the 1996 Olympic Games and the Super Bowl XXX Half-Time Show, starring Diana Ross, Michael Jackson’s 1997 “History” tour and “This Is It.”
They also painted murals across the United States for companies including Macy’s (Federated Dept. Stores) and The Limited. Also painting murals and interiors for international clients in Spain, England, Italy, Germany, Mexico, Sweden and Japan. Other major mural commissions include grand scale interiors at the Ho-Chunk Casino and the Potawatomi Casino in Wisconsin.
Prince continues to design and paint murals and custom interiors in private residences across the country. 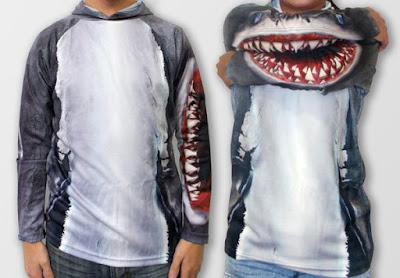 Prince is also the Artistic Director of MouthMan, a company founded with Ross Valory, founding member and bassist of Journey.


They’ve designed a line of shirts where graphic designs of jaws and teeth on the sleeves form a mouth when the wearer “hugs themselves”.
For more information about Prairie Prince visit http://prairieprince.com/
www.facebook.com/PrairiePrince
With the Tubes www.thetubes.com
And with Todd Rundgren www.todd-rundgren.com