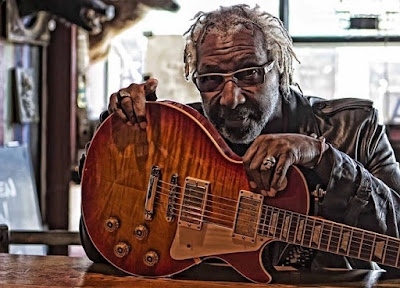 Eddie Turner has done just about everything. A guitarist since age 12, he honed his skills alongside San Francisco's legendary Tracy Nelson & Mother Earth in the '70s and Denver's hard-hitting Zephyr in the '80s, before becoming a founding member of the Otis Taylor Band in the '90s and then earning a prestigious Blues Music Award nomination for his own solo career in the mid-2000s.


The Denver-based guitarist, singer and bandleader has toured the world, garnering countless fans and an outpouring of critical acclaim in the process. 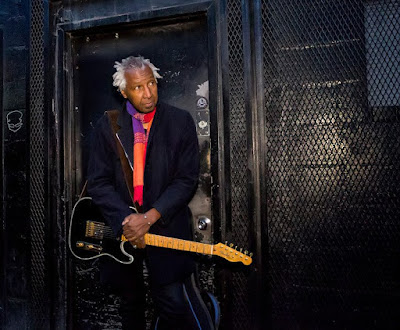 But "Naked ... In Your Face" marks a first for Turner, who has never before released an in-concert recording. The title tells you all you need to know: No shrinking violet of a live album, this varied, vibrant set finds the musician at his most stylistically audacious, crossing boundaries with the same brazen confidence he's shown throughout his career. Recorded last August at The Blues Can in Calgary, Alberta, during a tour of Canada and the western United States, the album features Turner in a power-trio format. Joining him are bassist Anna Lisa Hughes, a fellow Denver resident who sings lead on several cuts here, including covers of classics such as "Don't Let Me Be Misunderstood" and "Buried Alive in the Blues" as well as her original composition "Mistreated," and drummer Kelly Kruse, an in-demand sideman in Canada who also plays guitar with Calgary's Adele & the Krusers.


"I still get emails saying, 'That was one of the best bands I've ever seen. When are you going to tour again?'" says Turner. "And I loved the way Anna Lisa's voice and mine meshed together. The three of us came together and threw all our influences into a pot, ending up with something that's completely different. I wanted to record songs that, without this particular band, I'll probably never do again." 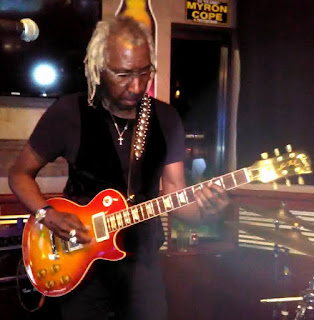 Fitting for a man who grew up outside of Chicago watching iconic blues figures such as Muddy Waters and Howlin' Wolf ply their trade -- but also seeing acts like Jimi Hendrix and Cream take the music to new, more rock-influenced directions -- Turner has developed a sound that's informed by tradition yet adventurous enough to not be limited by it. As the man himself puts it, "If you want to be a purist, be one not because you started there and stopped there. Be one because you went everywhere else and decided to come back. Because no music is truly pure. Everything has a little dirt in it." 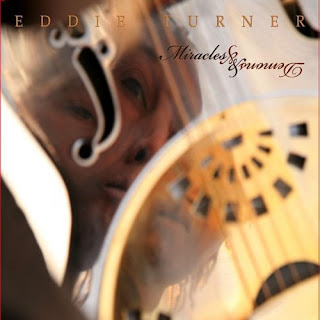 Purchase
the latest album by