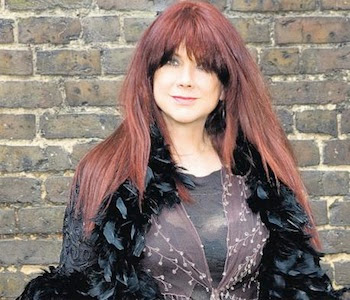 At 15 Sonja Kristina was studying drama whilst sharing billing with such luminaries as Sandy Denny, Al Stewart and Buffy Saint Marie.
Sonja, a barefoot hippie wild-child whose friends in the late ‘60s were radical revolutionaries, Hells Angels, writers and poets, and celebrated musicians, played Chrissie in the Original London Cast of Hair in 1968. In 1970 Sonja Kristina became the voice of Curved Air. 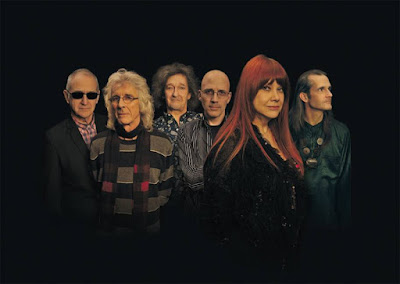 Curved Air soon became renowned for their virtuosity and thrilling shows. Their albums were top 20 best sellers, as was the hit single Back Street Luv. The influential original members were electric violinist Darryl Way, electronica pioneer and guitarist/ keyboard player, Francis Monkman and drummer Florian Pilkington- Miksa. From 1970 to the present-day Sonja Kristina has been the one constant member of Curved Air.
In 1973, 17-year-old Eddie Jobson (Roxy Music / UK/ Frank Zappa) replaced both Monkman and Way during the ‘Air Cut’ era. In 1974 -76 Stewart Copeland came straight from college to critical acclaim as Curved Air’s drummer. At the end of ’76 Curved Air broke up and Sonja had a ringside seat at the birth of Punk and the astronomic rise of Stewart’s band ‘The Police’, during Sonja and Stewart’s 16-year relationship. 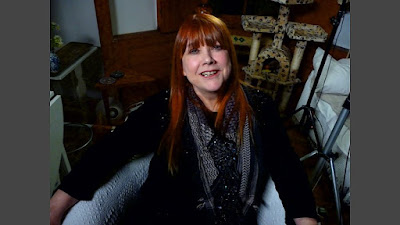 By1989 Sonja Kristina re-invented folk rock with a fiery brand of music she dubbed Acid Folk. Curved Air’s violinist Paul Sax and Keyboard player Robert Norton toured with Sonja Kristina’s Acid Folk Band until 1996, playing Glastonbury and other festivals year after year.
Since 2000 Sonja has been working with Composer/Producer/ Cellist/Violinist Marvin Ayres, known for his unique manipulation of sound textures and audio-visual installations. They have two releases as MASK. “Heavy Petal, the Tene-brous Odyssey of Jack and Virginia’ and ‘Technopia’. 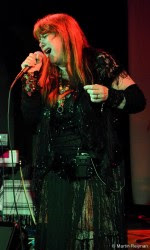 The constant flame leading Curved Air through the decades, Sonja Kristina's hypnotic attraction endures today, "vibrant and edgy as ever, Sonja, the original prog diva gives a charismatic and highly visual performance. Looking like a glamorous gipsy queen with her flowing red hair and dressed in sparkly black, that signature voice is still smoky and seductive as she spins around the stage around the excellent musicians who are Curved Air". (Music Street Journal) 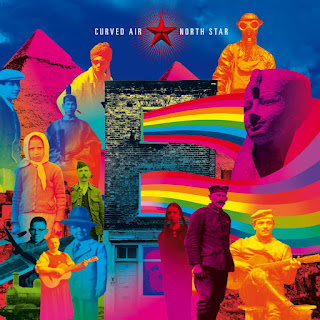 Posted by THE RAY SHASHO SHOW at 7:45 PM