What happens when you mix psychology, quantum physics, and spirituality with fun entertainment, intrigue, and a
meaningful story? 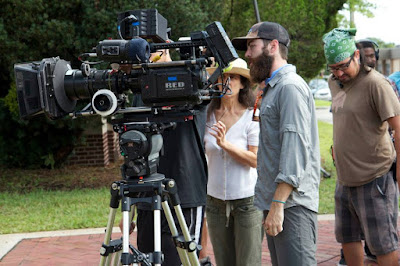 llana Marks is a writer, international lecturer, and TV / radio host, working in Boston and Sarasota for over twenty years. She trained as a stage actress in London and acted professionally in addition to writing, producing, and directing theatrical productions.
Ilana wrote The G-String Theory, a book about her hilarious trip through the paradoxical sensuality of India, and she recently wrote Mind The Gap, a story and concept which first came to her in a dream.


Mind The Gap is a psychological comedic film which explores the nature of reality & perception. A spiritually profound independent film. 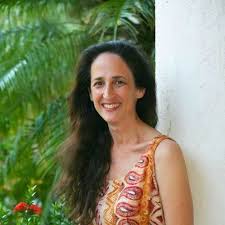 What happens when you mix psychology, quantum physics, and spirituality with fun entertainment, intrigue, and a meaningful story?
A:  You get Mind The Gap - the film.

The synopsis of the film goes like this …
Adi, a 38-year-old off-Broadway actress, is on the verge of success when her playboy husband walks out on her. As a single mother with little income or support, her relationship with her young daughter becomes strained & her life begins to unravel.
While working in London, Adi has mind-bending experiences which spark off her journey into the gap. She begins to peel away the façade of personal dramas, finding answers & reclaiming her life. As she moves into a new reality, the audience follows her deeper down the rabbit hole, encountering hilarious twists & turns along the way.


On TV and radio, Ilana Marks has interviewed hundreds of authors, musicians, celebrities, politicians, and has moderated debates at a state and national level.

Ilana founded The Umbrella Project LLC which is producing:
~ Mind The Gap, a feature film
~ In The Gap, a documentary film explaining the science and philosophy behind MTG with some of the top thinkers in the field of physics and metaphysics.
~ Yogini, Ilana's animated children’s books and digital games.
The Umbrella Project in association with Valencia Motion Pictures.

Ilana speaks four languages and from living, working, and traveling in five continents, she brings an authenticity to her work drawing on her many wonderful and mystical adventures all around the world. 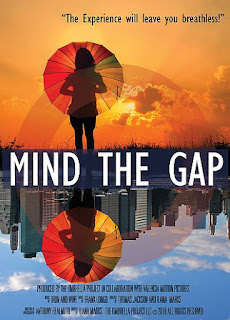 “The world is readying itself more and more for your kind of consciousness. Your film should be trending well. You’re an inspiration.”
-Senior VP, Universal Studios International

“There is a great movie in this. I like the reveal, and the specifics of the characters will be key when the ‘twist’ is revealed. This is exciting!
-Warner Brothers Executive

“Ilana Marks is a vibrant and thought-provoking woman who brings valuable and penetrating Insights.
-The Dailey Telegraph, London UK.

“I love it. It’s so grounded, emotional and real. Very beautiful and meaningful. Such lovely writing and real living characters. I am very excited about your movie.”
-Editor, “Parenthood” & “Manhattan”

For more information about Ilana Marks and her new film Mind The Gap visit www.mindthegapfilm.com or www.facebook.com/Mind-The-Gap-The-Film-1552641244951852/

Posted by THE RAY SHASHO SHOW at 7:12 PM