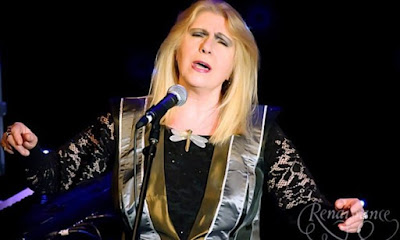 Renaissance has had a long history spanning close to 50 years since its formation in 1969. With several personnel changes in the beginning years, the sound of the group eventually matured into a unique blending of folk, rock, and classical music including the integration of a full symphonic orchestra. Crowning all of this was the sound of the equally unique five-octave voice of Annie Haslam. During their great success in the 70’s the band toured extensively throughout the world in support of their numerous album releases. Highlights of this era included three sold out concerts at Carnegie Hall with The New York Philharmonic Orchestra and a sold-out concert at The Royal Albert Hall with The Royal Philharmonic Orchestra and Royal Chorale Society, all of which were recorded and released as ‘Live’ albums. 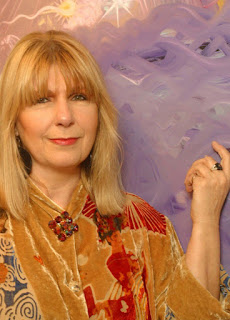 The woman whose crystal clear, high-flying soprano vocals earned her worldwide attention as the lead singer of the English classical rock band ‘Renaissance’ has recently achieved an entirely new level of appreciation as an ‘Intuitive’ painter. Annie is able to ‘tune’ into people, animals, situations, feelings and places, and portray them in her own unique style.
On canvas, Annie Haslam’s unmistakable world of sound is taken into unique vistas of color and vibration, not unlike the flow of her five-octave voice. Transporting the viewer to other worlds and through inner boundaries is her ultimate goal, bringing healing, serenity and peace through her work.
In 2009 Annie and bandmate Michael Dunford reformed ‘Renaissance’.
Sadly Michael passed away in November 2012 and is greatly missed.
Annie decided to keep the music alive and kept touring with Renaissance in support of their album 'Symphony of Light'. 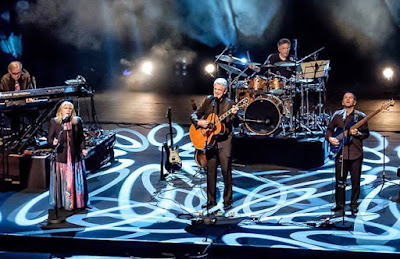 With their musical virtuosity, five strong lead voices, newest technological instrumentation and love for the music, they have created a new sound taking them into a new age and performing the repertoire with powerful precision across the world. This incarnation of Renaissance is new and different and is nothing short of amazing!
Annie Haslam & Renaissance recently released their new DVD entitled ‘A Symphonic Journey’ and are currently embarked on their Day of the Dreamer Tour –in support of their new DVD/2CD set while performing selected US dates this Fall. 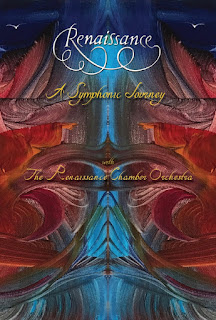 Purchase the brand-new DVD/CD set from Renaissance entitled ‘A Symphonic Journey’ at amazon.com
The DVD was filmed in October of 2017 and included for the first time the addition of The Renaissance Chamber Orchestra, a hand-picked group of 10 musicians, including strings, woodwind, brass and percussion. For this new DVD the band returned to the Keswick Theatre, this time employing the use of track and boom mounted cameras to create more up close and personal shots of the band and orchestra. The concert also featured large screen projections of original paintings by Annie Haslam, with corresponding titles to each song performed throughout the concert.

Also, ‘Annie Haslam’ signed copies will be available through the band’s website: http://www.renaissancetouring.com

Posted by THE RAY SHASHO SHOW at 9:36 PM